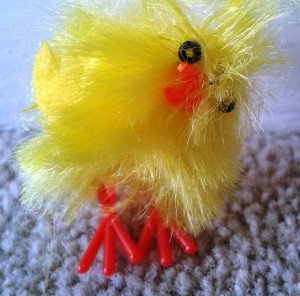 The recent Easter holidays started well.  We were lucky enough to visit some great friends in central Europe over the bank holiday.  Then we returned to some sunshine, a nice family day out on the Tuesday before Husband returning to work on the Wednesday.  Then it went downhill quite quickly.  I’m all for Easter being about chicks but I was not fond of it being all about chicken pox.

In many ways, I can’t fault my boy’s timing.  We managed to have our weekend away and he didn’t miss a day of nursery or mess up any big plans.  There was a birthday party missed and I had pencilled in a few meet-ups and Easter trails and crafts, but overall, there were no major casualties.  Well, let’s not talk about a plane load of people possibly infected…..or our friends’ two children.  Hopefully they all escaped as it was the day before he would have been most infectious.

We had a family friend to visit in the second week, just as MyItchyBoy was getting a bit better.  It wasn’t quite the fun time he was hoping for (or us!) but we managed ok and having had chicken pox as a child, at least he couldn’t catch anything.  For me, it was great to have a new injection of conversation and someone else to lead the playing of the same games that I had endured with little sleep over the last week or so.  Overall, it was a cheap Easter holiday spent at home.

MyItchyBoy still has a few scab marks left, mainly on his face, which he’s still picking at and will probably leave scars (cue Mummy sob over beautiful boy’s face).  He’s too young to understand what a scar is, but he’s also too young to remember what a horrid two weeks it was.  He won’t recall his skin feeling like bubble wrap, the horror of him staying awake for 23 hours straight due to fever and being unable to comfortably lie down, the panic of his temperature not coming down for days on end, despite three empty bottles of Calpol and forgetting what week it was, let alone what day.

On a positive note, aside from the persistent eczema around his wrists and the remaining pox scabs, his skin is looking clearer than it has in a long time.  There was no sign of the eczema during the chicken pox (was good as his skin.  I doubt it will last long, but for now, we are working hard to keep him moisturised and hoping that we can keep him clear for a while.

For us, it is just added into the book of parenthood, where the good memories are stored and usually the bad ones are stored for long enough until you are able to bring them up at future birthdays and laugh about them.  It is not an experience I would like to repeat and thankfully with chicken pox, we are unlikely to have to with MyItchyBoy.  However, inconsiderately, Husband has not had it (at least with any symptoms) so I am still waiting to see whether I have to go through the whole nursing thing all over again.  Keep your fingers crossed for me please!

How we treated the symptoms:

Although we did purchase Poxclin a couple of days in, it seemed like it was making MyItchyBoy more itchy.  So apart from a couple of uses over half a day, the remainder of the time we stuck to using anti-histamine medicine on a regular basis during the itchiest days as well as putting socks on his hands (which he stuck to brilliantly).  For his skin, we used his normal Epaderm Cream (pump).  It would have been too hard to use the thicker Epaderm Ointment as that sort of needs smearing on and the pressure would’ve been too much.  The Cream allowed us to take a large amount and almost ‘pat’ it on him.  I think it helped to cool it as well.