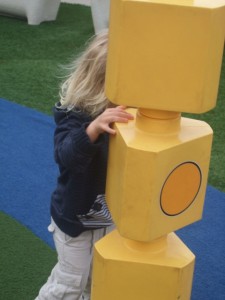 A holiday in December is always good I reckon, especially somewhere warm and sunny.

We recently spent a week in Gran Canaria and we had a great time.  It was a great holiday for MyItchyBoy.  He was easily amused with a choice of excellent playgrounds, a splash pool and quiet beach.  And, as all parents of small kids know, if the kids are amused and happy, there is at least some semblance of a holiday to be grasped at.

We stayed in a quiet resort full of Scandinavians.  This was good on many counts.  1. I didn’t feel too pale on the beach at all, 2. Apparently a lot of Scandis have food allergies.

This second reason meant that the restaurants were more than used to dishes being altered and most even marked ones containing gluten.  All the waiters were understanding and willing to help and since the food is all freshly cooked it was no issue to get good dinners for MIB in the evenings.  I love that there was a lack of ‘children’s menus’ and still don’t understand why in the UK we persist in this nonsense of sausages and nuggets out of packets.

Since we were self-catering, we had breakfast in the apartment each morning.  Despite struggling with excess baggage re-shuffling at Gatwick we still managed to get there with one carton of Oatly (MIB) and one of Alpro Soya (for me).  Amazingly the closest mini-market to us sold Oatly so were able to restock once there.  They also sold other great things for MIB and me – so look out for the follow-up post.

MyItchyBoy’s skin faired well over the week.  This is especially good news considering at Gatwick we discovered he’d eaten a small roll containing both egg and buttermilk (eek!).  I was rather concerned having only discovered this once we were on board (having of course first caused the ban of peanuts on the flight – sorry to all peanut loving peoples).  Thankfully there were no immediate reactions to either the egg or the milk.  He did come up with spotty eczema about Thursday night.  However, by then it really could have been caused by anything though.

Am now keen to get on with an appointment with the allergy clinic at our new local hospital to discuss some food challenges.  We were told previously to try egg baked in something but then told to wait until after the summer as his skin kept flaring up due to pollen in the air.  We were also told to hold off on any dairy challenges for another year or so.  Am feeling hopeful and optimistic so keep your fingers crossed for us.