Do you know how quickly 4 year olds can get dressed? 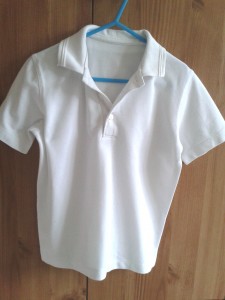 Did you know they can get dressed by themselves?

This was all a bit of a revelation for me last week.  We stayed with friends who have a daughter the same age as MyItchyBoy.  The differences in their normal morning and bedtime routines were marked by the sheer amount of time and wrangling it took.

Now, I am happy to admit that Husband and I may not be the fasted team on the block when it comes to getting MyItchyBoy dressed.  However, I think the key difference is that MyItchyBoy can’t just pull his own pyjamas on as soon as he is dry out the bath.  It takes at least one adult, one tub of cream, several minutes of slathering, another few of whining about the cold, followed by careful putting on of pyjamas over sticky skin. 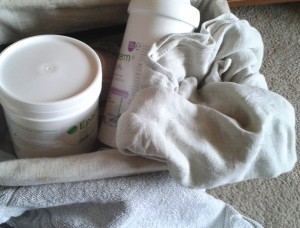 I’m not (for once!) moaning about how terrible life is as a parent of a child with eczema.  However, it did make me realise that the fact that we’ve not yet been late for school is pretty good going.

With the relentless night time waking from MyItchyBoy, we’re not the most awake, nor in the best humour in the mornings.  Yet, MyItchyBoy’s skin routine always gets done.  However much running around he does, we still catch him, still get his cream on, still get his clothes on for him and (usually) without his school uniform getting (too much) cream on.

So the next time other parents complain that it’s hard work getting their kids ready in the morning, I shall feel a little smug that clearly Husband and I are some sort of super parents.  That might in some way make up for the constant feeling of failure when parenting a child with eczema and allergies.