There has been much talk over the years of allergy parents being forced to become the much-mocked ‘helicopter’ parent out of necessity and panic over their child. Watching everything your child eats and touches and is given to avoid an allergic reaction is stressful, exhausting.

However, to have an allergic child with eczema is a double whammy of guilt-ridden*, relentless helicoptering.

Over the recent half term we were lucky enough to stay with some friends who have a couple of children of similar age to MyItchyBoy. At the end of a meal, it was great that the adults could sit and chat about grown-up stuff. The kids, meanwhile, sidled off their chairs to the living room and began to cause mayhem and noise with a collusiveness that defied their language barriers. 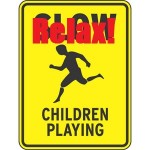 For most parents, it would be perfect to just shut the door and ignore the goings on until there was the sound of something breaking or blood spilled. For Husband and me, it was a game of relay of checking up on MyItchyBoy every few minutes to make sure he wasn’t scratching himself to bits. We also stooped so low as to use the language differences to our advantage and set use one of the other children as a spy to alert to any scratching without MyItchyBoy knowing he was being dobbed in.

Nevertheless, we did drop the ball a couple of times over the weekend*. We got used to the kids going off to play together as well as enjoying chatting to the other grown-ups so much that we didn’t notice quick enough that MyItchyBoy had wandered off to a quiet corner somewhere, pulled up his trousers and started raking his nails up and down his legs. Nothing more endearing to your host than your child leaving a pile dried skin over their rug……!!

Sometimes what seems normal in your own house shows up as out of place in someone else’s.

It really made me face how little we relax around MyItchyBoy, how hard it is to just switch off. For us, it’s not great that he’s gone upstairs to play for a bit as we have to remember to keep calling up or going up to check he’s not scratching or if he needs cream on. It’s exhausting.

It’s not sympathy I’m after. After all, most of you reading will know only too well the pains of parenting a child with eczema.

Whenever you feel frazzled, stressed, upset, like the world is unfair and you just want a break, remember, it is bloody hard work and then some.

You are doing a great job.

And you’re most likely doing it with little respite, little support from your doctor and no support from the school. And yet your child is probably doing just fine. Most likely, better than fine and they bring you joy every day. So, you know, you’re doing fine too.

Much love to all parents.